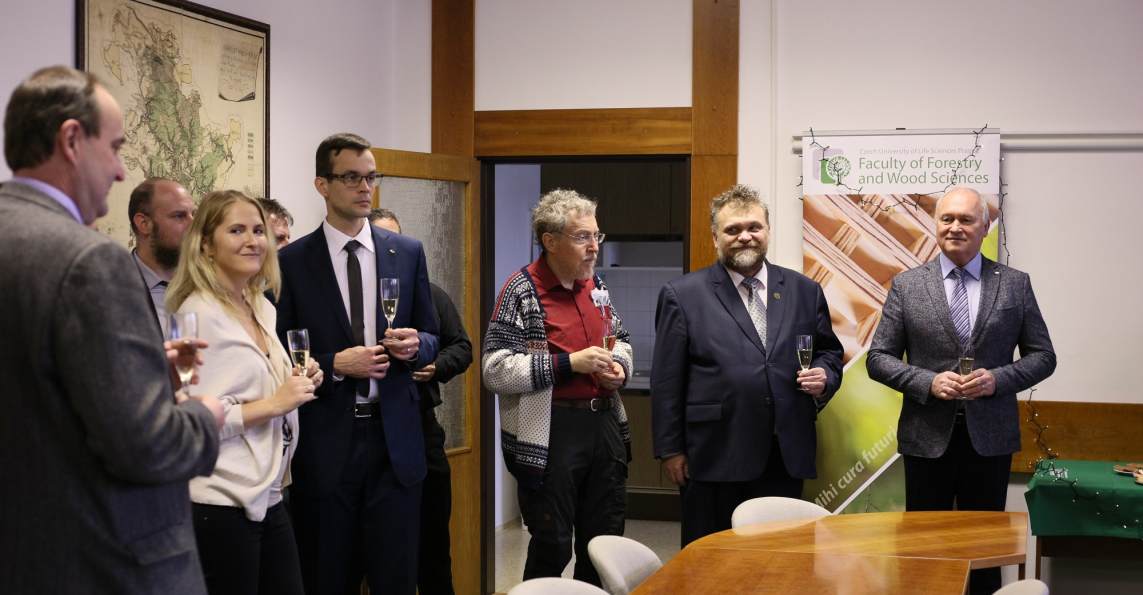 The electrophysiological laboratory is equipped with gas chromatography -flame ionization detector (GC-FID) coupled to an electroanntenographic detector (EAD). Even more sensitive and specific measurements at cell level can be done at the single sensillum recording (SSR) rig. These techniques together allow using of bark beetles' antenna (or other insect) as the biological detector and help to recognize for which chemical compounds the particular insect have olfactory receptors on their antenna and consequently to which chemical signals they could behaviorally react (pheromones, smell of food etc).

Analytical chemical laboratory is equipped with machines for isolation of the chemical compounds from the natural material and with the high-resolution separation two-dimensional gas chromatograph (GC-GC) combined with time of flight mass spectrometry detector (TOF-MS). This instrument is able to separate the volatile chemical compounds at trace levels isolated from the natural material (as the bark, needles, beetle tissues etc), even in the very complex mixtures and identify them by their mass spectra. This TOF MS will be very helpful tool in combination with electrophysiology approach, especially of trace level chemicals that give response from insect´s antenna that must be identified for further behavioural tests. However, EXTEMIT scientists also plan to use this equipment for comparison of volatile profile of differently treated trees (stressed and non-stressed, attacked/non attacked by bark beetles etc.) and other scientific problems as well.

The facility is also has entomological laboratory equipped with insect rearing rooms with temperature control, humidity and light regime, and with climatic cabinets for Drosophila rearing. It also includes cold storage room, laboratory for behavioural experiments, laboratory for sorting insect and biological work as well as offices for postdocs and PhD students.

This facility with high-tech equipment will serve also for similar scientific research conducted by the other departments of the FFWS faculty and of CZU, and as well for educational purposes (chemical ecology techniques).